Formerly known as LocalEthereum, LocalCryptos is a peer-to-peer cryptocurrency trading platform that boosts more than 100,000 users worldwide. The platform offers P2P trading services for Bitcoin and Ethereum to its users.

According to the LocalCryptos, Kenya leads Africa as the platform’s fastest growing market. Moreover, the East African country has the fifth largest trading volume on LocalCryptos globally.

Through a tweet on April 7, the P2P platform outlined its top seven African markets by volume size. These seven countries include Kenya, Nigeria, South Africa, Uganda, Cameroon, Zimbabwe and Ghana.

During the final week of the month of March, according to LocalCryptos, the total African trading volume on the platform, surged by a massive 35%.

According to the company, since December last year up to March 2020, the number of weekly signups from Africa has tripled; Kenya leads Africa on this sector as well. According to the firm:

“Kenya is at an all time high in trading activity on LocalCryptos. At the start of 2020, there were 15 peer-to-peer trades created in Kenya each day. In March, that number grew to 60 trades per day. That’s a giant increase of *300%* in only a few months.”

During an interview with local Kenya-based BitcoinKe, the CEO of  LocalCryptos, Michael Foster stated that the East African nation reached an all time high LocalCryptos activity back in March 2020. He added:

“We’re proud to see Kenya become the first African nation in the top five countries on LocalCryptos by monthly trading activity. We said earlier that pushing crypto adoption in Africa is a key objective for us, and already we are seeing immense results.”

Back in February, the popular P2P trading platform added four new payment methods on its platform to drive adoption of cryptocurrencies. LocalCryptos is now reaping the rewards of its strategic partnerships with the popular payment methods in Africa. The four include MoMo, Chipper Cash, AirTel and EcoCash. According to CEO Foster, the digital currency revolution will start in Latin America (LATAM) and Africa. 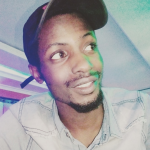